A Story as Spicy as the Chicken

Most regions or cities are identified by their food culture. Philadelphia with cheesesteak, gumbo and etouffee in Louisiana, cheese curds in Wisconsin, Buffalo and their famous wings. And BBQ has its very own subculture, you connect saucy smoked meats with Texas, vinegar and mustard with the Carolina’s, dry rubbed as micro local as Memphis, Alabama and its white sauce, or Kansas City with their dedication to the perfect bark. Nashville too has its very own special blend of BBQ, however we have become synonymous with hot chicken. Any tourist can easily find a multitude of ‘chicken shacks’ in and around Nashville to sample this culinary delight. And the birth of this now world famous fried chicken can thank an angry woman for the cult  following.

Thornton Prince, known as the father of hot chicken, led a colorful life to say the least. His reputation as a lady’s man can be evidenced in his 5 marriages. While we are not certain which of his many jilted romances is the creator of this phenomenon, we do know it happened sometime in the early 1930’s. The old saying, ‘hell hath no fury like a woman scorned’ is a lesson I am sure Thornton knew very well. Little did anyone know that this particular act of revenge would serve up a recipe for success. Legend has it, after one of Thornton’s many nights out on the town his suspicious lover decided to get even the next morning. She prepared a staple in most Southern households with a ‘bit’ of added heat to teach her beau a lesson. Awakening to the smell from the kitchen, Thornton Prince found a plateful of his favorite dish and tucked in for a feast. Hoping for a much different reaction, to her dismay, he could not get enough. Prince realized this picante dish could become a real moneymaker, so opened the BBQ Chicken Shack in c1936. He even catered to late night carousers like himself by staying open until 4am. While it was not a barnburner to sweep the nation, hot chicken did become a staple of locals, especially the late-night artists and lovers of live music that haunt Nashville’s many bars and entertainment venues.

Now, at this point you may be asking, how did hot chicken become the sensation it is today? Politics of course! In the late 90’s, then Nashville mayor Bill Purcell, publicly declared his  infatuation with dish. In 1996 he was able to procure a vote by the Tennessee General Assembly, declaring Prince’s Hot Chicken Shack the best restaurant in Nashville. You can view the proclamation at the Nashville location where it is proudly displayed to this day. Purcell did not stop there to proclaim his love and in 2007 created the first Nashville Hot Chicken Festival. Today there are a myriad of different hot chicken purveyors pedaling their recipes like Hattie B’s, Party Fowl, and Helen’s, as well as the fast-food chains selling something akin to this local favorite Prince’s remains the OG. So next time you have visitors coming to town, share something with them that is truly unique to Nashville after a late night visiting the honkytonks and water holes along Broadway the way has been done for nearly a century.

And the rest they say is history! 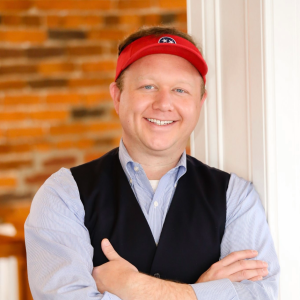