Jonathan: (00:01)
Hello everybody. It’s Jonathan Harmon with a J Harmon Home Team powered by Keller Williams with your August Market Update. So we’re lagging behind about a month, but they’re at least complete numbers for the month of August. And I got to tell you, this has been the screwy just craziest August, and I said that about last August. So I’m going to give you some numbers on here and I’ll give you just a couple minutes worth of analysis, whatever you want to call it on that.

Jonathan: (00:29)
So, all right, let’s start with this. So in August of last year, there were, this is in all of Rutherford County, 2,180 homes that were available for sale in the month of August. In the month of August in 2021, this past month, 691. That is crazy. It’s a decrease of almost 70%. So when we start talking about inventory issues, that’s exactly what we’re talking about. And if you took any level of economics, then you know that as inventory goes down, prices go up and boy have they. So median sales price in 2020, August 306,305, in 2021 the median sales price was 3,799 an increase of 24%. I don’t know that I’ve ever seen an aggregate market for the entire county price increase of 24%, that’s crazy. Even the highest that we’ve ever had that I remember it was more like 13, 14%. And the historical norm is like 3 to 4%. So prices are skyrocketing and it’s because of this inventory number, and we’ll come back to that here in a second.

Jonathan: (02:09)
Okay. Let’s talk through this real quick about inventory. I think a big issue, a big challenge to our inventory is the new construction situation that we have. There are people that have existing homes that are not selling because historically they would have moved to new construction homes, they would have up-sized. Those homes are not as available. In fact, let’s just go ahead and say they’re not available. And because they’re not available, the people that are wanting to move are not selling. So we have this log jam of fluid, if you will, movement that normally would happen, it’s just not happening. And I get it, if you’re thinking about selling and the number one question on your mind is where am I going to go? And quite frankly, I don’t have a great answer for you. So if that’s something that’s on your mind, if you are thinking, if you’re of reaching elbows to the edge of your walls in your house, and you need more space, give us a call. Let’s sit down and we’ll shoot you straight. We’ll tell you, here’s a couple of different ways that you can manage this move. Here’s a few things that you want to avoid. All of those kinds of things, and we’ll help you walk through it.

Jonathan: (03:17)
So pretty fun stats, kind of scary stats in a way, but they are what they are. It’s the numbers, whether you like them or not, I don’t make the news I only report it. So have a good rest of the week and I will talk to you again real soon. Thanks a lot. 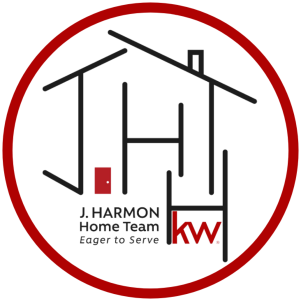