Jonathan: All right. So as promised we are on the habitat build site out in Legacy Point, and I’ve got two friends here, an old friend and a new friend. Got Tab Talbott with Gateway Title, and I got [Tarika 00:00:12] Warner, and we are actually working on your house right now. How exciting is that? Tarika Warner: Very exciting. Jonathan: Yes. And so native Rutherford Countian, one of the few that still exists, everybody else is a transplant. So go Rutherford County, a Riverdale graduate. We won’t hold that against her, but anyway, so [Tarika 00:00:32], how did you get involved with Habitat and what does this mean to you? Tarika Warner: I actually had a cousin who did Habitat previously before so he kind of [inaudible 00:00:42] about it, but something just told me to search online one day and they were having applications. So I went ahead and applied and when they called and told me I got approved, I told her to shut up, because I didn’t believe it. Jonathan: Yeah. Tarika Warner: But I think it’s very exciting and such a blessing for families to be able to live in an affordable home. So… Jonathan: Absolutely. And one of my favorite things to ask anybody that I work with in real estate is what does home mean to you? Tarika Warner: Home means like peace, where you can come home to your kids and not have to worry about where you’re going to be living or staying that night. Jonathan: That’s awesome. I agree. That’s that’s so fantastic. Tab, Gateway has partnered with Habitat for a long, long time. How many builds have you been on now? Do you know? Tab Talbott: I’m going to say at least six, since I’ve been around, this is our signature philanthropy as far as Gateway goes. So as our nonprofits are concerned, where we give our money and time Habitat for Humanity is where it’s at. We see, you know, doing closings, especially now with what you see the housing prices are, it’s just, it’s very difficult… Jonathan: Yeah. Tab Talbott: …for anyone to get an affordable starter home. And these are not starter homes. Jonathan: These are nice man. Tab Talbott: These are beautiful homes. It’s so cool what Habitat’s doing with this development. So 77 lots, they’re developing. All the ones we’ve done in the past, it’s just kind of hit or miss in the neighborhoods. So this is so cool and we’re just happy to be a part of it. Jonathan: Amen. Amen. Same here. And I’ve helped with some in Smyrna. I’ve helped with some here in Murfreesboro. And like you said, kind of scattershot around wherever they can find a lot, but to have an actual neighborhood of folks that you know…. I mean, here’s the thing. What you may not realize, those of you that are watching, is that people don’t get given Habitat homes. You work your fanny off for it in all kinds of ways. And one of the things [Tarika 00:02:44], how many houses have you actually worked on so far? Tarika Warner: Just mine. Jonathan: Just yours. I saw you walking over from the one down the street, so I didn’t… Or up this way, I guess. But a lot of times folks work on each other’s homes to earn the hours that they need in order to satisfy that credit. So it’s pretty cool isn’t it? Tarika Warner: Yes sir. Jonathan: Really, true community building. So folks, you should know, you should definitely know [Tarika 00:03:08] and her kids that are working on their house. You should absolutely know Tab Talbott, Esquire, that’s what I like to call him, with Gateway Title. And then you should definitely know about Habitat for Humanity. There is… They are doing a lot of wonderful things, [Terry 00:03:23] over there at Habitat, her leadership is phenomenal. So you want to know more about any of these folks, let me know. We’ll get some coffee set up. It’ll be awesome. Thanks.

Nominate a Friend
Get in Touch
Subscribe to our Newsletter 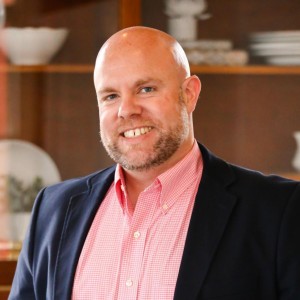